Once upon a time sweet foods were something special. These days refined sugars (including fructose, glucose, maltose and corn syrup etc.) are all too common an ingredient, being added to everything from pasta sauce to salad dressing. On top of being used excessively as a sweetener sugars are used to preserve foods, enhance texture and as seasoning. Far from nourishing us refined sugars have a detrimental effect on our bodies, having been stripped of any nutritional virtue through intensive processing.

What’s more, refined sugar doesn’t even taste particularly good: it’s sweet and that’s it. There are numerous other sweeteners- complex, flavourful and nutritious– that can be used to replace white sugar in everything from cereals and baked goods to curries. 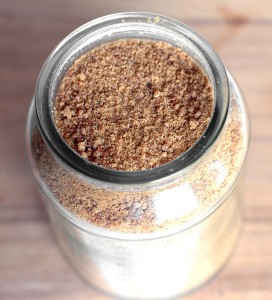 These are aliases for naturally evaporated sugar cane juice, the most nutritious form of granulated sugar. Rich and caramel in colour and flavour- along with vitamin B and minerals- panela / rapadura is a great alternative to “brown sugar” (which is often just refined sugar with molasses added back in).

Uses: Use in place of common table sugar or substitute into baked goods. The resulting flavour will be more complex and the texture slightly moister and denser (for particularly light items like sponge cake and soufflé you should seek out a recipe designed specifically for unrefined sugar). Keep in mind that you can reduce the quantity of sugar in most conventional recipes by up to 25 % with no ill-effects: beware of more radical reduction as it will compromise the finished product.

Try it in this Winter Fruit Compote

A by-product of processing sugar cane into sugar, molasses is nutritional gold and is even used as a supplement. Unsulphured blackstrap is best: it is naturally extracted and contains relatively little sucrose, some vitamins and a substantial (up to 20 % of the recommended daily intake) amount of calcium, magnesium, potassium and iron.

Uses: Use molasses to flavour warm milk, as a spread or in baking but add it sparingly / judiciously as it has a very strong flavour. Gingerbread recipes commonly use molasses for colour, flavour and sweetness.

Try it in these Adzuki Bean Brownies

Uses: Use in baking or simply spread on damper, scones and toast. When substituting note that  it is 25 % sweeter than sugar.

Coconut sugar is a type of palm sugar with a  caramel flavour.

Uses: Traditionally used in South-East Asian curries and stir-fries coconut sugar can also be used in baking and sweets.

Try it in this Vietnamese-style Chicken Noodle Soup 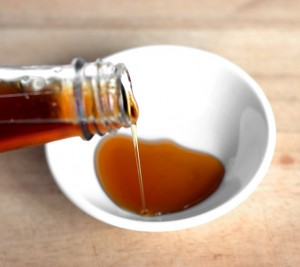 Available as a syrup and a granulated sugar maple has a unique and inimitable flavour. Toffee-like in taste and appearance with a silky, slippery texture maple syrup is a popular condiment in North America and its native Canada, where it’s served with everything from pancakes and waffles to fried bacon!

Uses: Use maple where you will taste it: it’s too expensive and delicious to be diluted! Maple gives great character to compotes and baked goods and complements fruit very nicely- particularly blueberries, bananas and winter staples like apples and pears. Try using it to caramelise walnuts and pecans or drizzled over porridge.

Agave syrup derives from a succulent. It has a low glycemic index and is about 50 % sweeter than sugar with a relatively mild taste. The darker the syrup the more nutritious and caramel-flavoured it will be.

Uses: Agave is a popular vegan alternative to honey. Because it’s quite thin agave mixes easily into cold drinks and batters and can be used in baked goods that require a liquid component. When substituting it for sugar reduce the quantity by 1/3 (to account for sweetness) and reduce liquid by the quantity of agave you add (to account for consistency).

One of the wonders of honey is its variety: each honey has its own colour, texture and flavour. The other is its medicinal qualities: raw honeys, especially Manuka, are prized for their antibacterial and immune-boosting qualities. 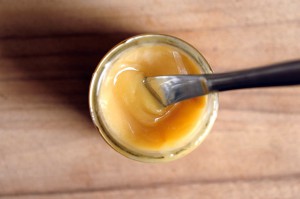 Uses: Different honeys have different uses, dependending on consistency and flavour. Use honey to sweeten hot drinks, dressings and in sweets. When substituting honey into a recipe that calls for sugar use an equal amount for quantities of up to a cup and 3/4 cup for each cup thereafter (honey is slightly sweeter than sugar). For every cup of honey reduce the liquid by a 1/4 cup and add 1/2 tsp bicarbonate soda.

Stevia is derived from a herb appropriately known as “sweetleaf” and is available as a liquid concentrate, powder or tablet. It is 250 times as sweet as sugar with zero calories or carbohydrates, but the trade-off is an inferior, lingering flavour.

Uses: Use stevia in far smaller quantities than you would sugar: 1 teaspoon of stevia is equivalent to 1 cup of sugar! Substituting stevia will alter the character of baked goods and will not caramelise or brown as sugar does.

Grain based sweeteners include brown rice syrup, spelt syrup and barley malt syrup. They are produced by culturing grains to break down the starches, then reducing the resulting liquid to a syrupy consistency. Grain based sweeteners are about a third less sweet than sugar with a complex, malty flavour .

Uses: Grain based sweeteners can be used to give a mellow sweetness to everything from compotes and condiments to baked goods. Barley malt syrup is used to give colour and character to breads; brown rice syrup is a popular vegan alternative to honey.

Fresh or dried, fruit is one of the most nutritious and least processed sources of sugar. It is recommended that we consume from 3 to 5 servings per day. When choosing dried fruits avoid those with added sugar or oil and try soaking them to make them plump and easily digestible. 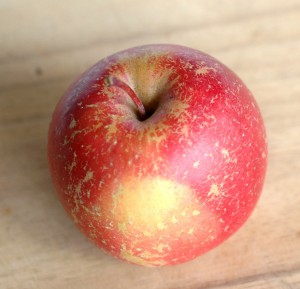 Uses: Try using fruit as the primary sweetener in appropriate places: on porridge, in compotes, rice puddings, South-East Asian curries and the filling of pies and crumbles. Grate or mash fruits like apples and bananas into muffins and cakes to reduce their added sugar content and enhance flavour and texture. Fruit juice can be used to replace liquid in some recipes and is a great way of sweetening Bircher muesli.

Fruit concentrates: Apple and pear concentrates are very thick and sweet and should be used in moderation: try diluting in water to poach fruit. Pomegranate molasses has a lovely tart taste that goes well with savoury Middle eastern style dishes: try drizzling on hummos or adding to salad dressing. Date and prune pastes can be used as a spread like jam or as a filling for biscuits and tarts.